Through the Sands of Time

Across the world, and nowhere more than ancient Naptesh, civilisations have entombed their nobility to endure untold centuries. Yet not all that rests beneath earth, sand and stone stays buried. Returned to reclaim lost kingdoms and to cast off the shackles of flesh and time, the Undying Dynasties arise!

Naptesh is no longer the land of fertility it once was. Crumbling monoliths and the tombs of the great Pharaohs are but shadows of their former glory - yet the dead still linger. Here, and in tombs across the world, honour guards stand vigil with a discipline and loyalty that has surpassed the grave. Living stone constructs crush any foolish enough to come searching for treasure. Thousands of years in the earth have not dampened their appetite for war, and these ancient monarchs show no sign of returning to their tombs. 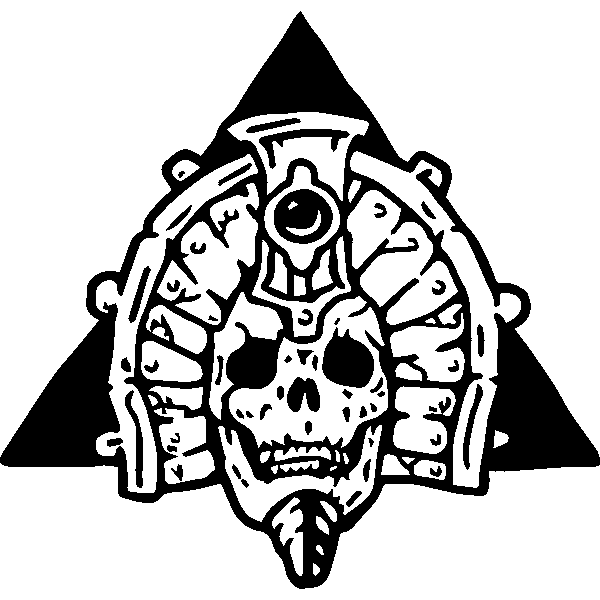 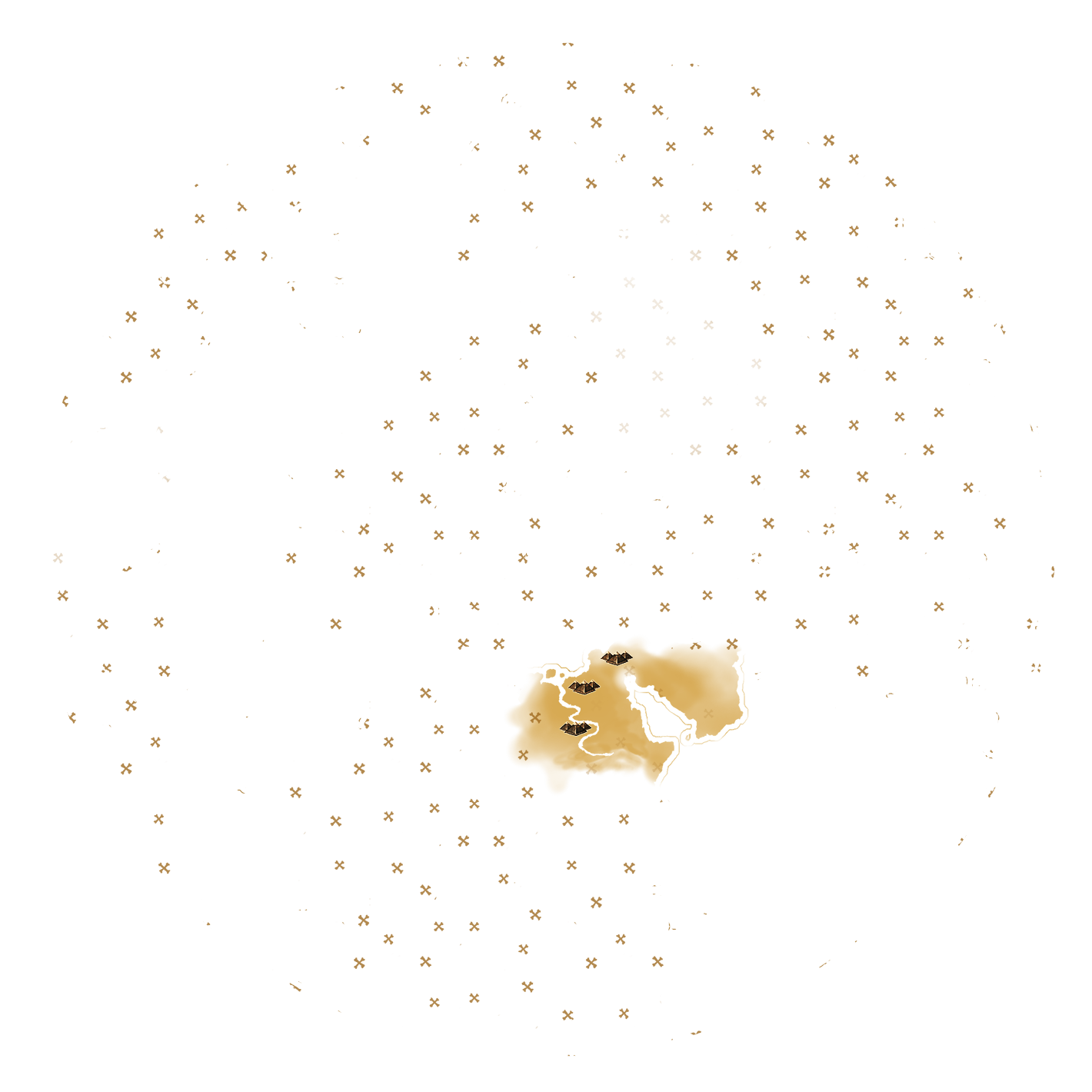 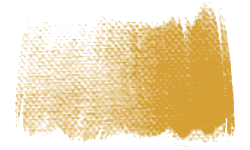 The most powerful and best known of the undying dynasties is that of Naptesh, whose undead armies still wage eternal war against the Usurper’s forces from Hassar to the east. Napteshi agents operate around the world, forming ties with other dynasties that have embraced or succumbed to the eternal slumber. 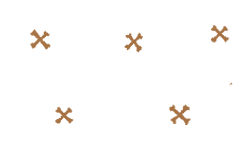 Through curse or ritual, divine retribution or unbreakable oath, a peoples’ door to the afterlife can close, their souls unable to cross the Veil. Instead, they linger on, rising from their tombs in times of strife or to defend their ancient principles.

Undying Dynasties, being an army of the animated dead, unsurprisingly rely on magic. Through their spells, units are made stronger and at the same time, casualties removed in their units are raised back, replenishing their ranks. The army can play many chariots either in multiple small units or in one big unit. The Undying Dynasties also have access to multiple really big monsters which can be played together. Alternatively, a few big units of animated statues or revived ridden monsters with their riders can be used to have a tough and hard hitting army. A completely different build uses masses of different sorts of skeletons. The Undying Dynasties can be played as a close combat army or as a mainly shooting army, or a mix of both. 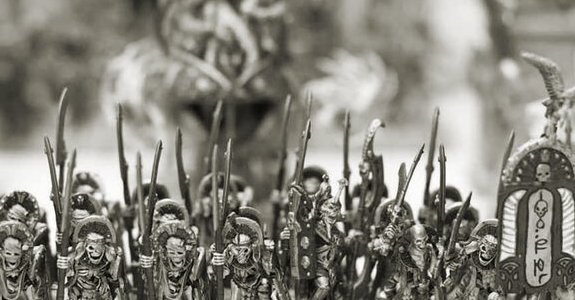 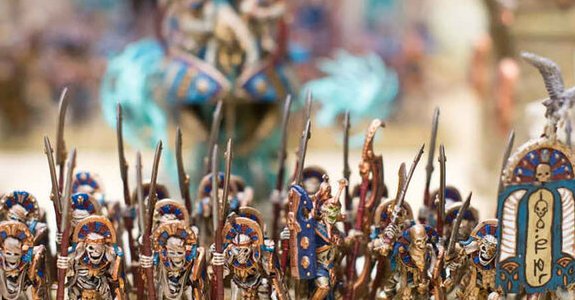 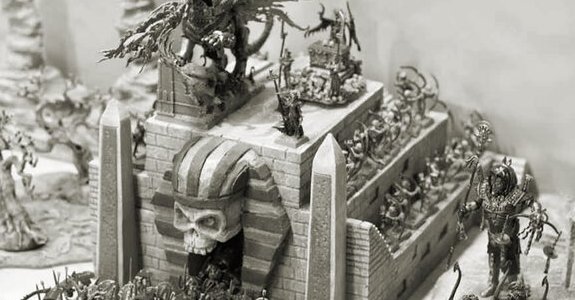 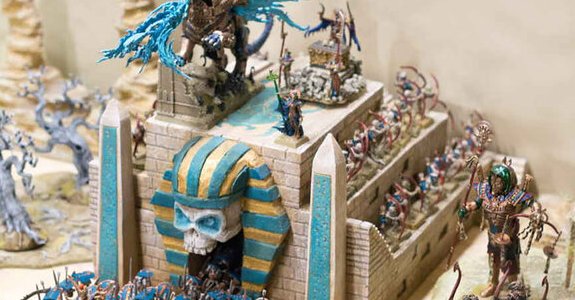 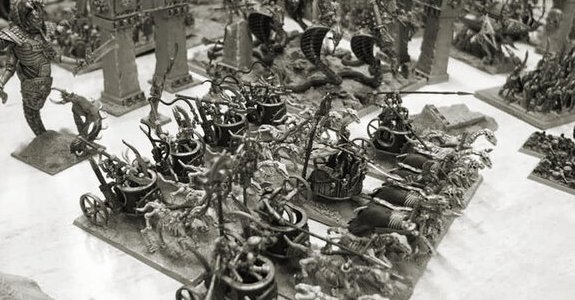 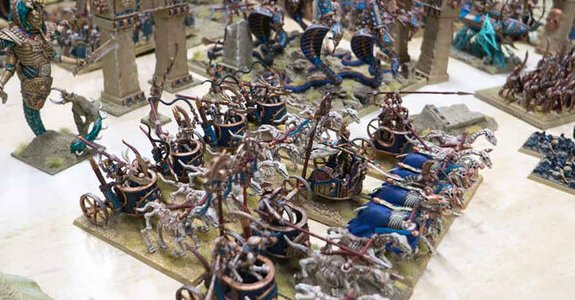