Fuelled by the mightiest industries and magics of the world, the Infernal war machine turns its unstoppable wheels within the great citadels of the Blasted Plain. Born in suffering, smoke and cataclysm, a fire burns in the heart of this indomitable people, a flame that fuels a great hunger for glory and a callous cruelty towards all who stand in the way. Slave masters and earth shakers, children of great gods, many have come to know the terrible juggernaut of the Infernal Dwarves.

Separated from their brethren in the trials of the Ages of Ruin, the Eastern Dwarves turned to darker means of survival. Though "Infernal" is used to describe these beings and their cruel nature, the term derives from the disastrous creation of the Inferno - a vortex of fire and magic, the genesis of the Wasteland, and the catalyst of the Ninth Age. Defying the subterranean traditions of old, they now build great stone ziggurats above ground, while their vast, slave-worked mines fuel a technological industry rivalled by few, if any. Their control over much of the trade from the East, combined with devilish weaponry, enables the Infernal Dwarves to stand against the collective loathing of Vetian civilisation. 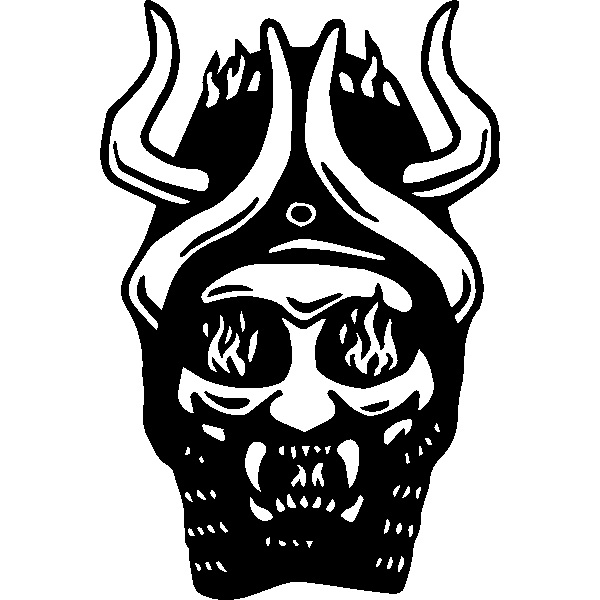 The Infernal Dwarfs can bring several different armies to the field. They can bring an army consisting mostly of infantry, shooting units, and warmachines, or alternatively they can be an army mostly consisting of monsters and monstrous cavalry. Players can also decide to use them in a mixed approach. All strategies have in common that they can deal a lot of damage in a short distance. 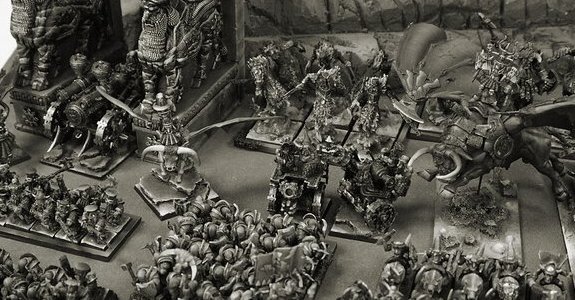 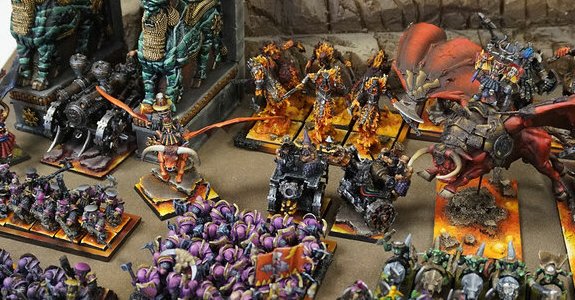 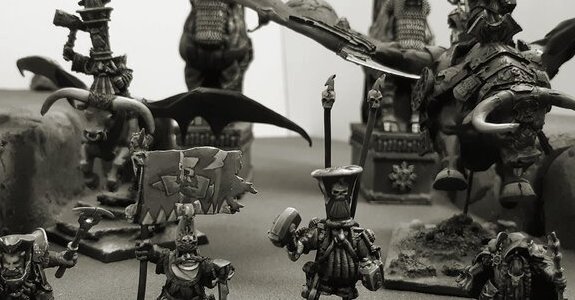 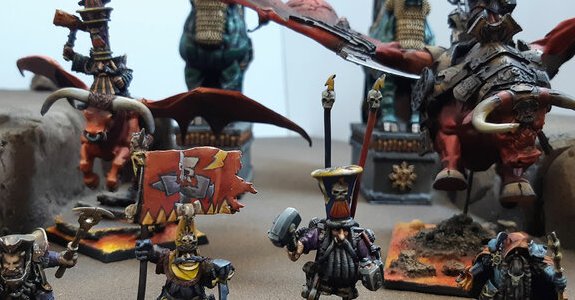 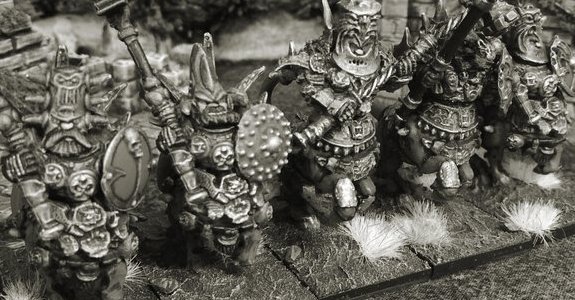 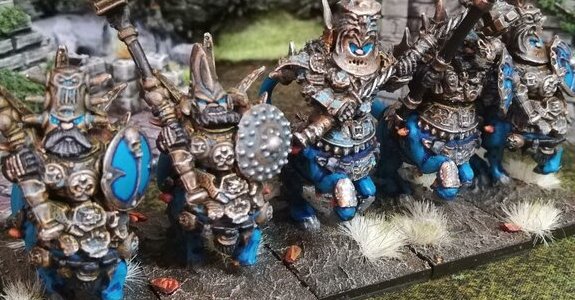 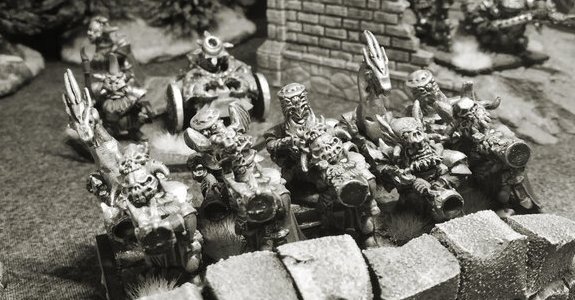 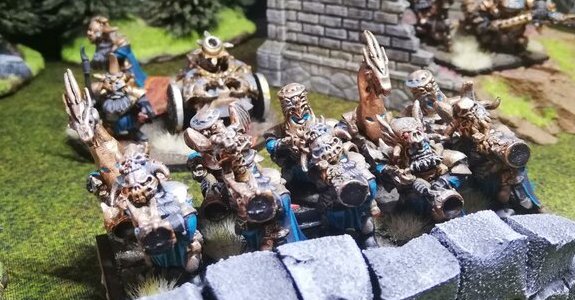 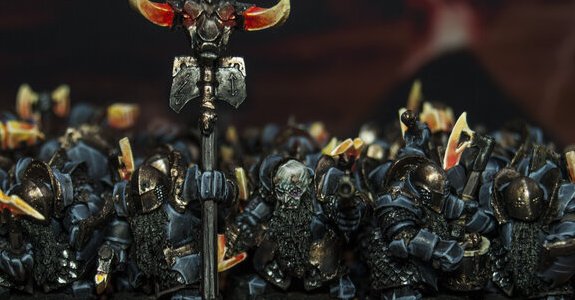