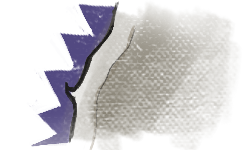 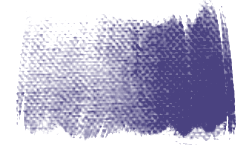 How did I lose my ear? I’ll tell you, but you need to speak up on this side!

My master once took me to serve her at the great arena of Caen Dracin. I spent the afternoon pouring wine while she conversed with her peers. As the great iron doors rumbled open for the final combat, I was awestruck. Out came a monstrosity I could only imagine in my wildest dreams! The thundering of the crowd was as intense as my horror. I assumed the beast was a dragon but for its lack of wings. It had a great serpentine head atop a thick neck and a long scaly tail. Most striking was its bright yellow eyes that betrayed an intelligence I would not have expected from a lizard. On the opposite side of the arena, another draconic beast emerged from a similar raised portcullis. This one was a little different. It had the body of a dragon but the torso and head of a gigantic human. It held a humongous axe the size of a wardrobe in its right hand, and I assumed this was one of the fabled feldraks. Without any introduction, both beasts were whipped and goaded towards each other. As they got closer, the whips and pikes of the lashmasters drew black blood on the first lizard’s flanks. As the monster became more enraged, an additional head and neck sprouted from its shoulders. The process was fascinating to watch, and I stood with an open mouth as one head became two, and two heads became four, each with snapping jaws of razor-sharp teeth. This was the first time I saw a hydra and by the gods, I’m glad it was the last.

As the two monstrosities clashed in the centre of the sand, the excitement of the crowd escalated into a deafening howl. Amid the cacophony, the bloodthirsty spectators were placing bets on which beast would devour the other: the Hydra spewing forth acidic bile or the Feldrak with the enormous axe that was now coming to grips with the numerous heads of the lizard. The Hydra sunk one set of teeth into the shoulder of the giant half-breed. The pain was visceral on the feldrak’s face. Its flesh boiled and bubbled around the wound as the acidic bile of the hydra worked its way into the skin. The draconic giant in turn cast its axe in a mighty uppercut into the neck of the gripping head. It almost carved the whole way through, and the neck started erratically writhing and squirting out black blood, covering the arena sands with dark gore.

The Hydra was undeterred. The audience screamed in delight when in place of its withered head, two more sprang from its shoulders and threw themselves into the attack. The giant was furiously parrying the bites and thrusts coming its way from all angles. Blows to the many heads and slices in the necks were seemingly ignored and sometimes the open wounds knit back together in the blink of an eye. Each additional head could bite and distract the enemy, but they did not have the same gleaming intelligence exhibited by the first head and its yellow eyes. Nevertheless, they had strength in numbers. Pressing the advantage, the handlers of the hydra goaded it forwards.

The overzealous assault allowed the elder feldrak to get in underneath the savage maws, and dropping the axe, it locked a clutch of coiling necks together with its powerful arms. The beasts became entangled and the fight turned into a wrestling match in the sand. The feldrak was trying to suffocate the life out of the hydra, whose many heads were desperately landing poisonous lacerations to the unprotected skin of its opponent’s body.

The muscular arms of the half-dragon were unrelenting. Slowly, the hydra’s heads were, one by one, falling to unconsciousness. The cries of the crowd slowly subsided as the many-headed lizard squirmed and was still. In the silence, the mountainous form of the Feldrak rose from the sand, covered in black blood and breathing heavily. As the dust settled, the slumped form of the hydra and its many heads and necks could be seen, each a wilted and lifeless helix.

Among the tangle, a yellow eye opened, glinting with malice. All of a sudden, the once still mass sprang to life as if a hundred snakes had all been angered in an instant. The crowd exploded with a roar. The speed and ferocity of the renewed assault took the feldrak off guard. It made a last desperate parry before the head with the shining yellow eyes sunk its teeth into its neck for the fatal death blow. It was now the hydra’s turn to stand victorious among the cheering crowd. The many heads began to wither and fall to the ground, until the hydra was left with just one, its gleaming yellow eyes calculating and cold. The monster proceeded to greedily consume the blackened husks it had just shed.

It was at this point when I remembered where I was, all too late. I doubled over onto the floor from the fist that connected with my stomach. My master knelt over me and, with a curved blade, she sliced off my ear. This was the price I paid for the spectacle of Caen Dracin when I should have been listening to my masters’ requests for more wine.

Excerpt from Vincent Zundermann's: Tales of a Slave